Would you take a new Alfa Romeo to Halfords?

I bought a new car recently. Well, at least it was new to me. It was not, perhaps, the car I really wanted, because try though I might, I couldn’t really justify buying a Jaguar XF. So it is that these days I’m driving an Alfa Giulietta – and lovely it is too. 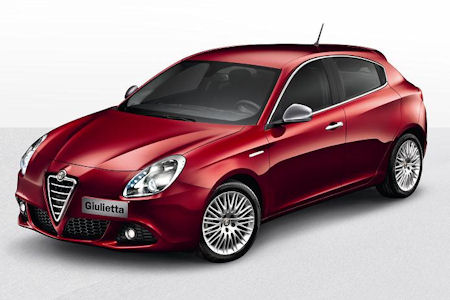 It has its quirks, of course, being an Alfa – most of them surrounding the stereo. Such as the fact that it turns on every time you get into the car, even if it was off when you got out of the car. Or the fact that it has taken me 3 weeks to figure out how to play tracks on a USB stick in album order, rather than alphabetical order, which, when listening, say, to a bit of Puccini, can result in people resurrecting themselves three tracks after the they have sung their death aria.

In fact, the stereo is the only thing that I would like to change. You see, I can’t plug my phone’s headphone socket into the car; it has a USB port, but no 3.5mm jack. This wouldn’t matter but for the fact that I like listening to audio books on my phone while driving, and now I can’t. But also, as cricket fans will tell you, this is an Ashes summer, and the commentary was only available on long wave or digital radio – neither of which the Alfa has.

So I decided to investigate getting a DAB radio module fitted, such as the Pure Digital Highway 300Di which also has a connection for a phone.

Halfords sell this for £150, and charge £35 for fitting. But the problem was… well… that it was Halfords.

Working as I do in the field broadly described as “computers” I know lots of people – rightly or wrongly – who would never dream of using PC World. And everyone I know who works in any way with cars has always told me never to cross the threshold of a Halfords store. I’m sure independent coffee shop owners feel the same about Starbucks and small grocers the same about Tesco (and quite right too).

So I called a little local in-car entertainment specialist, who quoted £250 +VAT to supply and fit something like the Pure Digital Highway. In the course of our conversation, I said that it would, of course, be a cheaper option to use Halfords, and the guy practically took a step back in disgust before warning me how appalling Halfords are, and asking if it was really worth the risk that they would drill through the dashboard and completely muck it up?

Fair enough, I thought, and got a similar quote (and Halfords-related opinion) from another place a little further away.

I even decided to talk directly to Alfa, who explained that if I wanted a digital radio fitted by them, they would have to replace the existing unit, and that I’d probably be better off going to a good local company instead to get a dashboard-mounted module fitted like the Pure one…

“For God’s sake don’t go to Halfords,” they offered.

Yet, by a strange quirk of fate, I found myself driving past the unmentionable chain yesterday, and on whim (please don’t tell anyone) I popped in.

So now I have a dilemma.

You see, the guy in Halfords had actually fitted DAB units into Giuliettas before – unlike either of the local businesses. He spent a good 20 minutes talking me through various options, including the designed-for-Alfa-Giulietta DAB unit which none of the other “experts” (even at Alfa) had mentioned. This, he explained, would live behind the dashboard and the existing stereo, would display the radio station information on the built-in screen and would be controllable by the steering-wheel controls, obviating entirely the need for any dashboard-mounted panel.

I asked if there was any way that this would help with connecting my phone, but of course sitting as it does behind the stereo, this unit offers no additional connections.

“But I am pretty sure” offered Mike, for by now we were on first name terms, “that there is a cable designed to connect to the rear of the Giulietta unit which would add a 3.5mm connection.”

He had a look around a supplier’s stock list, and sure enough, there it was: compatible with all Giulietta versions from 2008 on.

I told him that I was concerned that even with such a cable attached, I would not be able to use my new connection because there’s no button for “Aux” or similar, but Mike said that most Fiats and Alfas have some hidden option, such as a double tap on the CD button to enable the extra connection.

When I expressed concern that we’d end up fitting this Alfa DAB unit and this extra connection, only to find that there was no hidden way of enabling it, Mike said “We’ll fit the cable first, and see if we can find a way to enable it. If we can, we’ll then fit the Alfa DAB unit. If we can’t, we’ll just fit the Pure Digital Highway as per plan A and you’re no worse off. Either way, we’re only going to be charging you for one unit and if the aux cable does work I won’t charge you for labour for it because it only takes a couple of minutes to fit and test.”

So, what would you do? Go with the local business? Or the one that actually spent the time looking for the best solution, who has done it before, and who went out of his way to give a good service?

A week ago, I would never have thought I’d be saying this, but I think I am going to take the Alfa to Halfords. If the three people I’d spoken to had all been random local businesses, there really wouldn’t have been any doubt, so to go to one of the actual local businesses just because the third one was Halfords would seem like a bizarre form of prejudice – a bit, well, Halfordsist – rather than a sensible decision.

Will I regret the choice? Maybe – but I rather suspect not. I’ll let certainly let know either way!

Coda: You can’t win just by being local

And that is where I was going to leave this (long overdue) blog post – just as it stands in the “a point of view” category, and nothing to do with the business. But it does occur to me that there is a lesson here for all small businesses.

But just being local or small really, absolutely and categorically is not enough! To grow, to succeed – just to survive – you have to be better – more attentive, more focused, more responsive to your customers’ needs. Only that way can you hope to compete – and to ultimately thrive.

Update Sept 2013: What happened next…

So, how was the actual experience? Did I regret ever setting foot in there? Or did they live up to my tentative hopes?