Halfords and my Alfa – the conclusion

As good as they seemed…?

So I described in an earlier post the search for a digital radio and phone-connecting solution for my new Alfa.

You may remember that, despite warnings from virtually everyone, it was seeming as though Halfords – the car accessories and servicing chain, disliked and mistrusted by everyone who expressed an opinion – Halfords were going to be the best bet. Both on price and the apparent level of knowledge, Halfords were out-doing all the local suppliers that I’d intended to use. 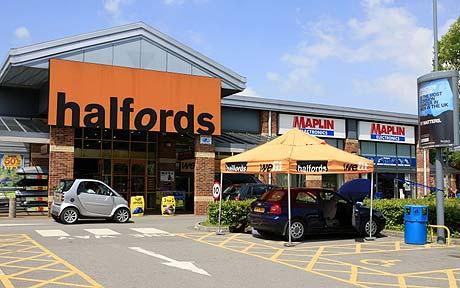 I left the story at the point where I’d booked the fitting of a device – either an Alfa-made device or a Pure Digital Highway – and was wondering whether the actual service would live up to the pre-sales information.

Mike, who did the fitting then told me that there were no aerials in the store, so although he could fit the device and it would connect to my phone (one of my reasons for buying it) I’d need to return in a few days to get the aerial fitted. Hardly an inspiring start.

But that said, Mike then set to work to fit “the brain” (the device into which everything plugs – about the size of a large smartphone but twice as thick – and which is hidden away) and the controller/screen – about 2 inches square. We spent a long time (maybe 20 minutes) discussing where and how to fit this so as to be usable and not spoil the all-important aesthetics.

Finally, we agreed on the best spot – far from the easiest location in which to fit the controller – and Mike spent about the next 2.5 hours making sure that everything was fitted perfectly and worked properly. Two and a half hours!!

It’s a long time since I saw someone take such pride in the quality of their work, and I was truly impressed. Never once did Mike say “This has taken a lot longer than scheduled, so I’ll need to charge you some more” – it was just someone working until the job was complete to their – and the customer’s – satisfaction.

So it seems that customer service is not dead, and nor is pride and professionalism. These things are alive in perhaps the most unexpected places.

Well done, Halfords, for taking Mike on, and giving him the freedom to do his job so well.

And Mike? Bravo. Take a bow. And thank you.